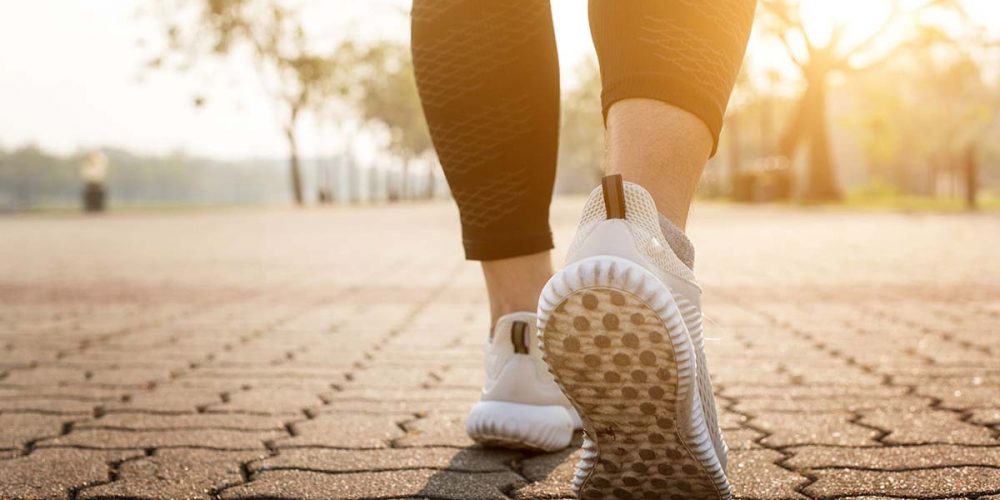 It’s been decades since we heard the advice to walk 10,000 steps a day to improve our health. But is this scientifically-backed or just a marketing gimmick? This question has been on people’s minds for years, and some scientists have finally done some valuable research in this area.

Walking daily helps reduce the risk of disease and improve your physical and mental condition. However, 10,000 steps are just an old marketing ploy. The goal of taking 10,000 steps a day is based only on coincidences and sticky stories, not research. A recent study found that 7,000 to 8,000 steps a day are beneficial.

Does Walking 10,000 Steps a Day Have a Positive Impact on Our Health?

Walking 10,000 steps a day can be frustrating, especially if you have a busy day ahead of you. While this is a universally recommended goal, where does this number actually come from?

The idea of walking 10,000 steps a day to promote health came from a catchy Japanese commercial. In 1965, Yamasa Clock launched the world’s first commercial pedometer called “Manpo-Kei.” This term translates directly to 10,000 step meters. This slogan was a highly successful marketing tool for the device.

This marketing ploy has somehow imprinted itself into our global consciousness, especially in Western culture. Over time, it was adopted by popular smartwatches like Fitbit as a daily activity goal.

Walking a few miles every day certainly has a lot of health benefits. However, it’s not necessary to walk exactly 10,000 steps. Some researchers agree that as few as 5,000 steps a day reduce the risk of early death. As your fitness improves, you can considerably increase your exercise a little each week and reap the benefits of walking.

What Does the Scientific Research Suggest?

If it’s not necessary to walk 10,000 steps a day, how much should we walk for a healthy exercise program? A few researchers have teamed up to find just that answer.

In 2019, Dr. Lee and her colleagues studied women in their 70s. They found that those who managed to walk just 4,400 steps per day reduced their risk of premature death by 40%. These data were compared with those of women who walked 2,700 steps or fewer a day.

When they continued their research, they analyzed that the risk of premature death decreased further in women who walked more than 5,000 steps per day. The benefits peak at about 7,500 daily steps. Put more simply, older women who could complete slightly less than half the recommended steps tended to live longer than others.

Another comprehensive study was conducted in 2020

Involving nearly 5,000 middle-aged men and women. They all came from different family backgrounds and ethnicities. In that study, people who walked about 8,000 steps had half the risk of dying prematurely as those who walked 4,000 steps a day. While the extra steps offer statistical benefits, they do not provide any additional protection against early death.

Of the 660 men and women who participated in the exercise, only 8% made the goal by the end of the year. However, when a follow-up study was conducted four years later, no one made the same effort. They’d dropped back to their daily step count and were doing well physically and mentally.

Dr. Lee, who conducted the first study in 2019, suggests that increasing the daily step count by a few thousand might be enough. The World Health Organization recommends time instead of steps. This is a better and easier health metric to achieve. 150 minutes of exercise per week, or half an hour on most days, would be perfect.

Can You Improve Your Health by Walking Every Day?

Walking a few thousand steps every day can help you cut your daily calories and keep you fit all year long. Here are a few health benefits of walking every day.

Walking a few thousand steps every day can improve your health and reduce the risk of premature death. It can improve health conditions like diabetes, dementia, and cancer. Walking also improves your overall immunity.

However, recent research shows that it’s not essential to walk exactly 10,000 steps to improve your health. Walking 7,000 to 8,000 steps on average every day provides substantial health benefits and is easier to achieve. You can increase your step count by 2,000 each week to increase your physical activity.

Small amounts of physical movement every day can positively impact your health. If you work at a desk all day, you can take regular breaks and exercise to get more movement into your day.

View all posts by Daniya Ahmad →

Al Hisn is a popular area in Abu Dhabi that lies on the northern side of the capital city. The distr

Musaffah is an industrial district to the southwest of Abu Dhabi, the United Arab Emirates. it

Tourist Club Area (TCA) is now known by its new name Al Zahiyah. The area is on the eastern side of

<
>
Top
This site uses cookies for certain analytics, targeting and personalization purposes. View our Privacy and Cookie Policy to learn more about the cookies we use and how to can set your own preferences, including to disable them. By clicking “OK” or continuing to use this site you are consenting to our use of cookies, unless you have disabled them.
OK